Sundance 2021 – This Year Will Look A Little Different 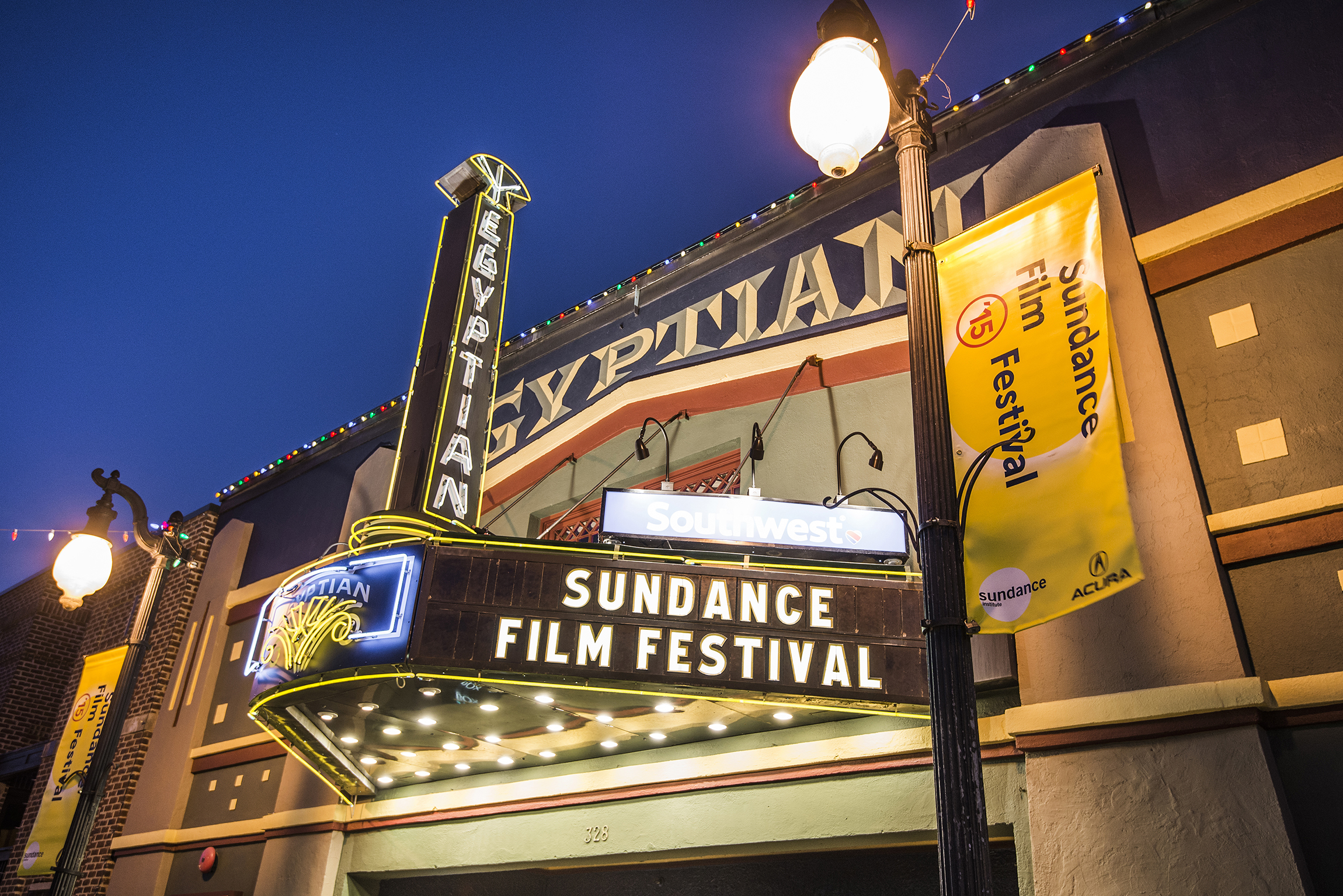 As with everything this year the Sundance Film Festival will look a little different in 2021. Now you can enjoy the festival from the comfort of your home or your home away from home. Bring Park City into your living room with online Sundance festivities. Below we will be highlighting the changes and what you should expect from the upcoming movie festival in January of 2021.

“Slippers instead of Snow Boots”

Welcome to the 2021 Sundance Film Festival. A new chapter filled with possibilities. Despite the challenges this year has brought, nothing could stop us from celebrating independent film, visionary artists, unique perspectives, and you, our adventurous audiences. So, for the first time ever, we are bringing the festival to you—both online and in the real world across the US and beyond.

The heart of our festival is our community. The joining of artists and audiences forms something truly extraordinary. We invite you to explore the program, join the conversation, and experience this new festival with us.

The festival has reduced its timeline to seven days from the usual 11 and will take place JANUARY 28 through FEBRUARY 3.

The entire program will be available on festival.sundance.org to pass holders and ticket buyers across the United States, in addition to some international territories that have yet to be finalized. The festival is also planning at least one physical screening for each film in its lineup, as well as drive-in options in Los Angeles and Park City. More than 25 arthouses around the country, from Alabama to Puerto Rico, will partner with Sundance for screenings and events. Its full slate of talks, as well as the New Frontier, XR, and emerging media programs will be available around the world.

Programmers just finalized the lineup including 70-plus features, 50 short films, and four episodic works. Passholders will either gain immediate access or need to request space in advance, depending on the level of their accreditation. A three-hour availability window begins at each film’s scheduled start time. Two days after their premieres, all films will have a second screening window, this one for 24 hours. Because you’re not running between venues this year, the possibility of seeing more films is higher!

The general public also will be able to purchase tickets for virtual screenings, though the festival has yet to determine a timeline for making them available. All talks and events will be free and globally accessible, as long as you have an internet connection.

Confirmed drive-in events will take place at the Rose Bowl and the Mission Tiki in Los Angeles. In Park City, The Ray will host indoor, socially distant screenings. The festival is also exploring around 15 international partners for screening events.

The usual chaos of Park City’s Main Street, will go dormant, however, the festival’s online hub, will include “Main Street,” “Artists Lounge,” and “Festival Village” sections for social engagement.

With vaccines on the horizon, Sundance views its 2021 edition as a temporary setup, but some of this year’s tweaks might stick around.

One of the fundamental values of the Festival is gathering: it’s a place where a global community of independent artists can convene for a generative and open exchange of ideas. This year, that will take place on the platform’s Festival Village, a free-to-all space where Satellite Screens, partners, and Festival sponsors will host a wide range of events, programming, and offerings to complement and enrich the official program. The platform’s Main Street will act as both an homage to the iconic Park City thoroughfare and as an extension of the Festival’s core programming, featuring digital partner spaces hosting conversations, musical performances, and more. The Artist Lounge will feature a space for creators to gather for artist programming, as well as for the Festival’s Class of ’21 to network and celebrate at private events.

As at past Sundance Film Festivals, films will premiere throughout the day, with Day One films set to debut Thursday, January 28, at 6 p.m. U.S. Mountain Time. During the 2021 Festival, each of the 70+ feature films will premiere online in a dedicated time slot, followed by a live Q&A. Multiple films will premiere simultaneously roughly every three hours from 10 a.m. to 10 p.m. U.S. Mountain Time. This rollout is designed to preserve the energy of a Festival, with an abundance of choices and collective experiences, as audiences can begin the film simultaneously, and participate in the live Q&A which follows (viewers can also begin films any time within three hours of their premiere’s start). All films will return to the platform two days after their premiere for a “second screening,” offered on demand for 24 hours. The platform’s movie player is powered by Shift72 and developed with best-in-industry security and access practices. In a Festival first, the entire 70+-feature lineup on the platform will be closed-captioned on demand, and Q&As will be live-captioned.

The Short Film and Indie Series (formerly Indie Episodic) programs, focused on creative storytelling outside the feature format, will include 50 short films and world premieres of four episodic works. These will be available on-demand on the Festival platform for the full length of the Festival.

Since its launch, the Sundance Film Festival’s New Frontier has served as a showcase for dynamic, innovative work at the crossroads of film, art, and technology — and 2021 is no exception, with 14 works in the program. For the first time ever, adventurous audiences around the world will be given the chance to engage with the works, the artists, and each other via a bespoke virtual platform, accessible via computer and VR headsets. The New Frontier Gallery hosts the complete slate of live performances, AR, VR, and other emerging media works. Cinema House is the Festival’s fully immersive, big-screen theater, and Film Party is an interactive social space where the entire community of accredited Festivalgoers can safely gather together again. The environment also features interactive tools such as proximity audio and video chat.

Tickets and passes for those who want to experience the Festival for the full run, a single day, or a single screening will be available to the general public beginning January 7; further details will be available later this month. For more information, sign up at Festival.Sundance.org.

The full list of participating arthouses is below. Check out the Sundance lineup –> https://fpg.festival.sundance.org/film/films/catalog:

Be sure to check out some of our best movie-watching properties or browse all of our Park City Abodes here! 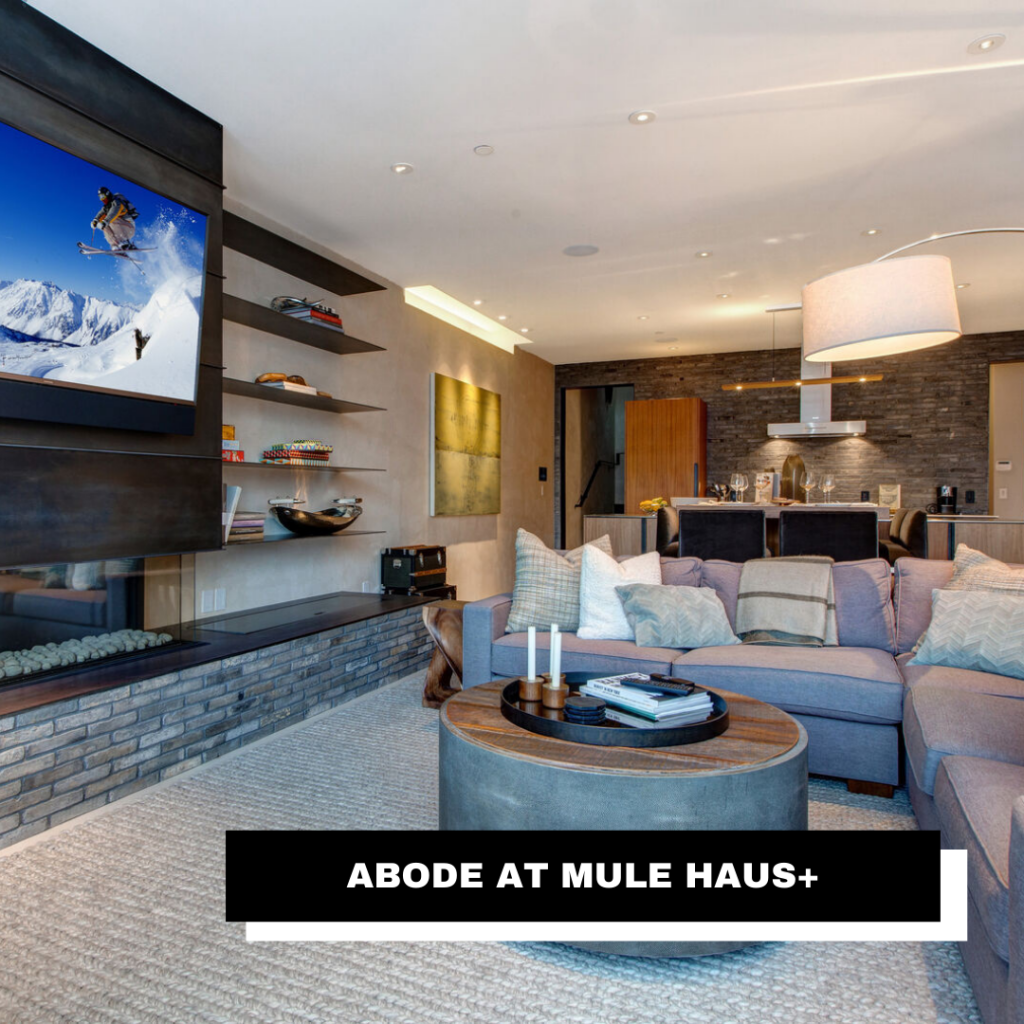 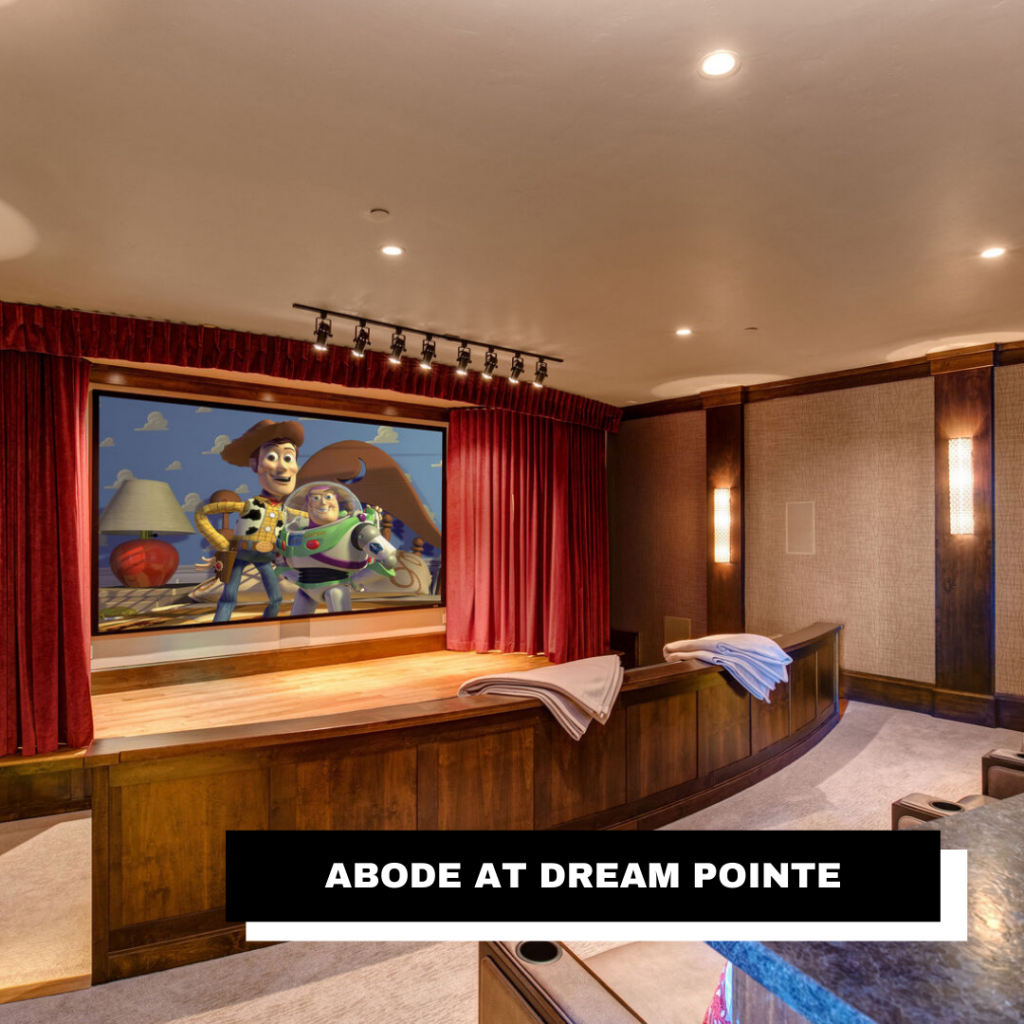 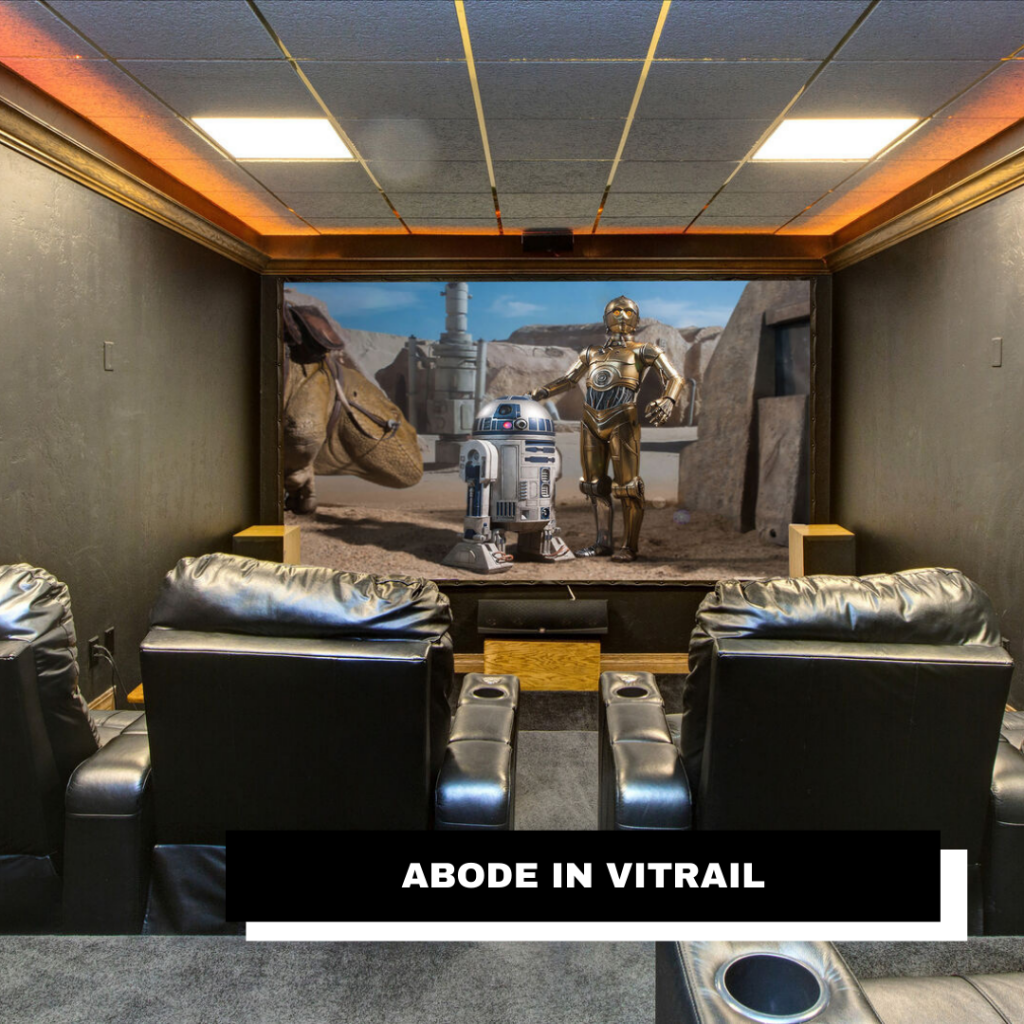 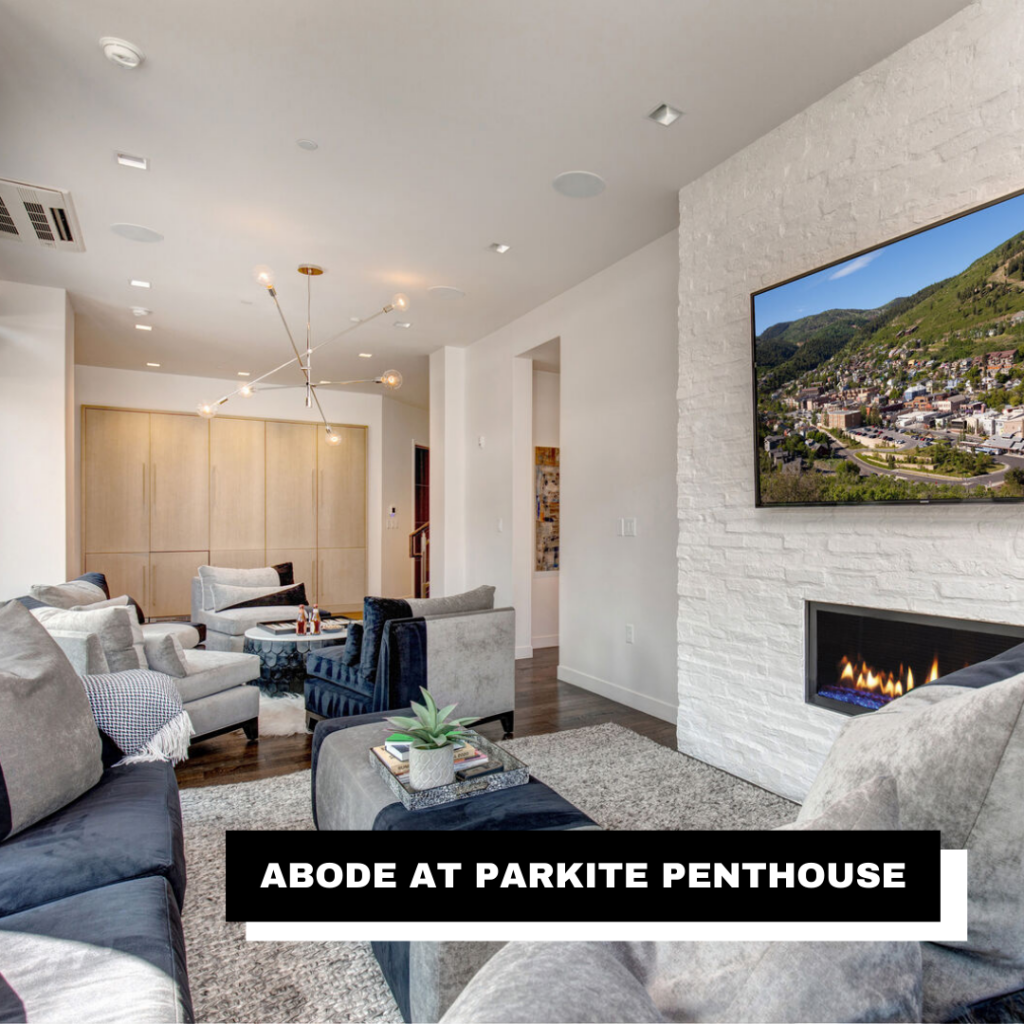 You’re on the list! We’ll be in touch soon.